Home » A GUIDE TO PITCHING

A GUIDE TO PITCHING

Pitching is a fundamental part of getting films made. You have to collaborate to make it happen, and in order to do that you’re going to have to convince them.

So here are some ideas on how you can make it easier. 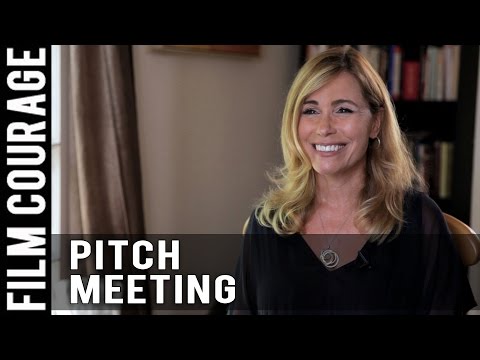 Your opening statement should be brief and to the point. You don’t want to state what you want 5 minutes into it.

Your goal is to capture people’s attention within the first 60 seconds by communicating the most essential and interesting information.

Here’s an example of how you could begin:

EXAMPLE: My name is [your name] and I am a [your role or brief background if relevant]. What I am looking for are [specific roles] to help me with [type of idea]. My idea [your pitch]

This is what is referred to as an “elevator pitch”.

After that first 60 seconds you can use the remaining 4 minutes to expand on your pitch. From then on the audience will have 5 minutes to ask questions.

But don’t feel you have to adhere to the example. Adjust things to suit your own style of delivery.

NOTE: The 5 minutes pitching and 5 minutes question time limit apply only to LFH Pitching sessions. But it’s a good rule of thumb to apply the “first 60 seconds” point to pitches of any duration.

When a screenwriter typically pitches an idea it is nearly always to a single producer or a group of them. These are the people that oversee a production from inception to completion.

So that writer knows the producers are expecting an idea for a movie to be pitched to them, and there’s an assumption on the writer’s part in the process that will occur if they are successful.

So that writer will adjust their pitch accordingly.

Pitching to a general audience is a little bit different as there may be a lot of people who are interested but some of them may only want to be involved when you’re ready to shoot, or when you have something shot and ready to be edited.

This is why TIP #1 is important.

They may not be able to help you immediately so let them know first then when your pitch is over they can leave interested and still willing to help when you’re ready. It beats them being disappointed at the end and forgetting your pitch.

TIP #3: Know your idea and keep it simple

There’s a tendency for people to either overcomplicate things when describing their ideas or alternatively they can be so scared of giving it away that they describe nothing despite saying a lot.

Both things will put people off.

So know your idea well enough that you’re able to reduce it down to the most essential core concept. This is referred to as a “log line”.

A good log line will hook people and still communicate the essence of your idea. Here are some examples taken from Masterclass.com:

When a wannabe child beauty queen learns that a spot has opened up in the “Little Miss Sunshine” pageant, she convinces her dysfunctional family to make the cross-country trek, despite her father’s (and society’s) protestations that she may not have what it takes to win.

When an optimistic farm boy discovers that he has powers, he teams up with other rebel fighters to liberate the galaxy from the sinister forces of the Empire.

Two star-crossed lovers fall in love on the maiden voyage of the Titanic and struggle to survive as the doomed ship sinks into the Atlantic Ocean.

When his son is swept out to sea, an anxious clownfish embarks on a perilous journey across a treacherous ocean to bring him back.

For tips on how to write a logline I recommend taking a look at the free content from masterclass.com on the subject. The link is below.

MASTERCLASS: Screenwriting Tips: How to Write a Logline (link)